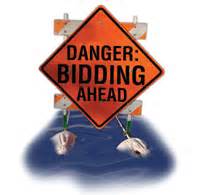 There are a total of 16 OTS spinal orthoses and 8 OTS knee orthoses that have been identified for inclusion in the competitive bidding program. AOPA has performed preliminary analysis on the codes included in the proposal and traditional O&P providers are responsible for less than 15{b3e9dd6b2a2b9b0b8877c781f3059c6a19b65fa453cdc02b99584f3fd07dbcf4} of overall claims submitted to Medicare for the codes in question. While these codes do not represent a large portion of a typical O&P practices business, AOPA continues to believe that no orthoses should be subject to competitive bidding and will be submitting comments to CMS indicating that competitive bidding for OTS orthoses is not in the best interest of patients or the Medicare program.

The CMS announcement may be viewed here.

Comments must be submitted by December 3, 2018.

Questions regarding this issue may be directed to Joe McTernan at jmcternan@AOPAnet.org or Devon Bernard at dbernard@AOPAnet.org.

On November 1, 2018, the four Durable Medical Equipment Medicare Administrative Contractors (DME MACs) released an updated Local Coverage Determination (LCD) for lower limb prostheses. Since the changes to the LCD were minimal and do not restrict coverage, the notice and comment period required by the 21st Century Cures Act does not apply to this revision.

The only change to the LCD was the removal of the patient weight range (110 lbs to 275 lbs) for coverage of L5859–Addition to lower extremity prosthesis, endoskeletal knee shin system, powered and programmable flexion/extension assist control, includes any type motor(s). All other requirements for coverage of L5859 remain the same.

AOPA continually reviews the Medicare LCDs and Policy Articles for changes such as this and will keep you informed when they occur.

AOPA’s Take. Where You Go……..When You Need to Know!